The infoshot to help kick-start your week

Copia Capital is delighted to announce our next webinar with guest speaker Tulip Siddiq, the Labour MP for Hampstead and Kilburn.  As a member of Labour’s Shadow Treasury team, Ms Siddiq will share an outline of Labour’s policies for the economy, the City and for the regulatory environment 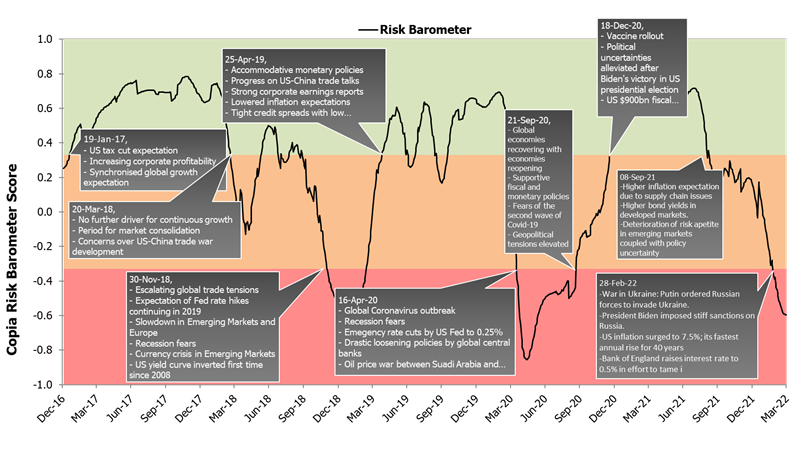 The performance of each asset class is represented by certain Exchange Traded Funds available to UK investors and expressed in GBP terms selected by Copia Capital Management to represent that asset class, as reported at previous Thursday 4:30pm UK close. Reference to a particular asset class does not represent a recommendation to seek exposure to that asset class. This information is included for comparison purposes for the period stated, but is not an indicator of potential maximum loss for other periods or in the future.Open document settingsOpen publish panel

We use cookies on our website to give you the most relevant experience by remembering your preferences and repeat visits. By clicking “Accept All”, you consent to the use of ALL the cookies. However, you may visit "Cookie Settings" to provide a controlled consent.
Cookie SettingsAccept All
Manage consent

This website uses cookies to improve your experience while you navigate through the website. Out of these, the cookies that are categorized as necessary are stored on your browser as they are essential for the working of basic functionalities of the website. We also use third-party cookies that help us analyze and understand how you use this website. These cookies will be stored in your browser only with your consent. You also have the option to opt-out of these cookies. But opting out of some of these cookies may affect your browsing experience.
Necessary Always Enabled
Necessary cookies are absolutely essential for the website to function properly. These cookies ensure basic functionalities and security features of the website, anonymously.
Functional
Functional cookies help to perform certain functionalities like sharing the content of the website on social media platforms, collect feedbacks, and other third-party features.
Performance
Performance cookies are used to understand and analyze the key performance indexes of the website which helps in delivering a better user experience for the visitors.
Analytics
Analytical cookies are used to understand how visitors interact with the website. These cookies help provide information on metrics the number of visitors, bounce rate, traffic source, etc.
Advertisement
Advertisement cookies are used to provide visitors with relevant ads and marketing campaigns. These cookies track visitors across websites and collect information to provide customized ads.
Others
Other uncategorized cookies are those that are being analyzed and have not been classified into a category as yet.
SAVE & ACCEPT

Advisers, staff of professional firms and other eligible counterparties

I work for an advisory / professional firm or other eligible counterparty.

I will take responsibility for any jurisdictional restrictions that apply to the services described by this website in accordance with applicable law and regulation.

I confirm that I am resident in the UK or other EU Country and I am not a US citizen.


The content of this website may only be viewed by persons that meet either of the above conditions.  If neither option is applicable please click here which will close this webpage.

Find out how Copia can help:

To download our visual guide to the positive real-world benefits of ESG investing, complete the details below and press send.